An interesting Engineering Committee meeting this week (21.06.18) highlighted the one rule for them one rule for us inconsistencies I see at Council.

Recently, I tried to establish that new homes would have to put in a rainwater storage tank. I wasn’t too concerned whether that was part of their water supply network, or just a stormwater retention system. If it is to be used as water supply then it has to be treated and pressurised and costs climb rapidly. It could just be used for non-consumption applications and that way wouldn’t need treating but would still require plumbing. Or the water could just be used for garden application and washing the car. Alternatively, it could just be used in a slow release application that would help take the burden off stormwater networks during storm events and create a more environmentally friendly system by spreading the release of stormwater into the environment.

The argument I faced at the time of trying to implement this motion was that “it would be unaffordable for first home buyers.”  I am sorry, but I think if the extra couple of thousand on a new build is going to make it impossible for a first home buyer to build then they may need to lower their sights.

On a one rule for Richmond and another rule for rural areas comparison, the proposed new Public Water Supply Bylaw stipulates [Part C 20 (4)] that rural restricted supply customers must have 7 days water storage on site (they also have to have two tanks dedicated to firefighting supply).  While I understand the logic of the 7-day supply (I would dispute the firefighting supply) I can not help but wonder how that is affordable for first home buyers looking to build in the rural area?  Let us use consistent logic with rural home builders as we do with Richmond home builders (or visa versa).

Another interesting point to note in the proposed bylaw that will be going out to consultation very soon is the requirements that are placed on homeowners in regard to their water supply lines [Part c 29 (3)]. Customers “must not allow water to run to waste including the unattended operation of hoses, allow the condition of plumbing within the premises to deteriorate to the point where leakage or waste occurs, or allow leaks to continue unchecked or repaired.”

I argued that surely, we should not impose on our ratepayers a rule that stipulates they cannot allow their water lines to deteriorate to a point where a leak may occur when we ourselves operate to a level of acceptable leakage?

The response was that it is not a rule that we would pursue unless there was obviously water spraying out of the ground and nothing was being done about it. However, that is not what the rule states. It states that you are not allowed to let your plumbing deteriorate to the point where a leak occurs. There is another point about not fixing leaks. So again, I say this is a case of one rule for them one rule for us!  And incidentally, I would be objecting during submissions if you do not like it.

It would also appear that at TDC we have different levels of compliance acceptability. Page 69 paragraph 7.15 of the agenda highlights a problem that we had with Fibre network installer. The permit for the installation of fibre in Ruby Bay stipulates that there must be at least 500mm separation from Council services. The contractor has not complied with those conditions and has, in fact, laid the Fibre cable alongside the wastewater pipes (like touching alongside). In fact, we discovered this because they damaged the pipe in at least a couple of places. We are currently fighting to have the costs associated with fixing the pipe compensated.

My question is how come the contractor laying the pipe is not treated like anyone else with a consent. If you have a consent to build your house and you put the foundations 500mm closer to the boundary than your consent allows we will make you move your house. However, one rule for you and one rule for these contractors apparently, as we are unable to make them comply with their permit or so I am told. Why is it even an issue? Because if we damage their fibre cable while maintaining our services it costs tens of thousands of dollars to repair. Add to that the extra costs that any contractor will build into their quote if they know they are working close to a fibre cable and this will end up costing Council (the ratepayer) thousands of dollars over the years to come.

An example that may not fit the one rule for you another rule for us category, but it does highlight the inconsistencies that I fight around the table, is the e-waste (electronic items) subsidy that is proposed for Tasman residents (page 29 of the agenda). 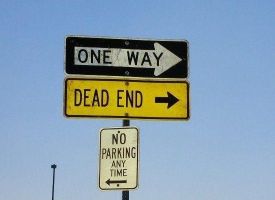 While I think that we need to do a lot more in terms of resource recovery from waste I was surprised that Councillors support this initiative as when I tried to get us to allocate money toward the Nelson Hospice they told me that this was a Government responsibility so we should not be contributing. Surely, the initiative to get manufacturers of high contaminant landfill waste to recover their own materials is a Government responsibility? A little consistency would make logical arguments a lot easier to present in the chambers!