Who is Governing TDC?

The question of who is Governing the Tasman District Council is on the face of it an odd one some might say. It is obvious that we, as a district, elect councillors and a Mayor to run the show in a democratic fashion.

This notion that councillors are in governance is often reinforced by staff. At least, it is whenever councillors try and micromanage projects in the community or in the Council. We are told we are governance who set the framework and approve the budgets, but it is staff who figure the best way of doing projects and how they get them done within the budget.

The confusion exists when we try and actually govern.

Unless governing is rubber stamping staff reports, I find that I am woefully under-briefed on large projects to be able to make governance decisions. Other decisions that I would have thought were governance decisions are made behind closed doors at meetings that I know nothing about. Some come through as a single line in an activity report (often large report) with no detail and no input from at least one councillor (unless I was asleep when it was discussed).

The agenda for the Council Meeting of 24th of May 2018 has a number of these kind of examples.

As a Councillor and also a member of the NRSBU (Nelson Regional Sewage Business Unit) I am intrigued to read in the exiting CEO’s report (p. 209 section 5) that our CEO and Nelson City CEO have agreed that it is time to combine the NRSBU and the Regional Landfill Business Unit into one body.

No doubt this proposal will come before council for rubber stamping at a future date. I do wonder if all the members of the NRSBU will be given an opportunity for input first (I am one of only two from TDC so you would think it wouldn’t be too hard make contact with them all).

Perhaps I am on outside on these dealings because I wasn’t the preferred candidate that the Mayor proposed to replace ex Councillor Higgins. Perhaps it is just another case of “Yes Minister” and I am just not on a need to know basis.

However, before we get too hard on staff and assume that they are running the show, let us look at another item on the agenda. In the Mayor’s report (p.232 item 2.6) we read that John Palmer, in his role as Chair of the Waimea Water Augmentation Project Board, has requested that the outgoing CEO Lindsay McKenzie be made available to continue to work on the project’s land and access work stream.

The mayor, of course, has fully endorsed this proposal. Obviously, the new CEO has approved the move also. I can imagine it would take a brave person to assert their authority before they have even taken over the role. It is certainly refreshing to see that John Palmer’s influence on the council is not diminishing. After all, I am sure that he is far more qualified to take on governance roles than those duly elected monkeys he seems to consistently be bypassing in getting his dam project completed.

Speaking of the dam, I am delighted also to read that if the result of the early contractor engagement process comes back with a tender price that exceeds budget (p.162 item 8) the Project Governance Board “will need time to consider the consequences before bringing a recommendation to the Council, WIL and CIL.”

“Governance” should fully outline the consequences and put the appropriate spin on the facts before presenting them to be rubber stamped because “the decision to accept a tender price including the risk allocation arrangements has not been (and should not be) delegated.” And as we all know the monkeys need “the final price package [developed] as fully as possible before presenting it and to ensure that it is digestible.”

I am not sure that it is the Councillors that need things fully explained, it appears that the continuing debacle of WIL interpreting matters differently to Council has no end in sight. Items 6.1 on page 159 and 7.3 on page 161 of the agenda inform us that there a number of yet-to-be-sorted issues, such as the allocation of sunk costs and the apportionment of cost overruns. Sunk costs have already been spent without clear direction over who pays for what.  Fortunately, the overrun dispute will only be an issue if the dam comes in at higher than budget price. What are the chances of that considering we haven’t even got the land procurement sorted and the timeline is constantly being pushed out months at a time?

Yet we continue to throw literally millions of dollars at a project that DOC have said there is no path forward for. Our “partners” have different views over what we have agreed or not agreed. We have been instructed to ignore the voice of the majority of people who submitted on the dam when consulted because they do not represent the true voice of the community – but we cannot have a referendum to hear from the whole community because … the Mayor said.

I appreciate that governance is not always a popularity vote and that most of the decisions we make are unpopular with at least some people. However, when we are told that we cannot listen to the 70-80% of submitters on the dam because their small number is not reflective of the majority of the Tasman population, surely it would be good governance to get the opinion of the majority of people before committing all the rate-payers discretionary spending budget to one project for the foreseeable future?

It is comforting to see that the Mayor wants to fund councillor Hawkes’ travel expenses to join him at the Kiyosato 120th celebration in Japan (p.232 item 2.5). I am sure the vacation away will provide a great bonding opportunity to develop a relationship that will see past the swinging nature of Councillor Hawkes’ support for the dam. Not that I have any particular beef with the travel proposal, nor am I overly concerned that the same Mayor cannot even spell my name correctly (p. 231 item 1.42). It does, however, highlight ones’ importance in their role on council.

The Mayor has called me into his office for a chat about how I am going as a new councillor, and how effective I am performing, on precisely two occasions. One, just after my election, to access what areas of interest I had in relation to the various committees, and one to tell me off for getting my communications wrong as published here.

I certainly wasn’t included in the “some of you” that he discussed his remit for the LGNZ conference with (page 232 item 2.3).  Ever optimistically, I am sure that my overseas trip will be discussed in the second half of my tenure! He may even have my name down pat by then?

As a side note, I recently tried to get some money put into the Long Term Plan to address the request that the Nelson Hospice group made for funding assistance during submissions. The request was referred to a staff report which came back with a plethora of reasons of why we could not possibly gift the $70 000 a year for the next two years to such a worthy cause. It would have to go out to special consultations and all sorts. I see Nelson City Council managed to include $150,000 in their budget as a result of the same request made to them. I wonder if they will all be doing jail time for such an extravagant breach of protocol? 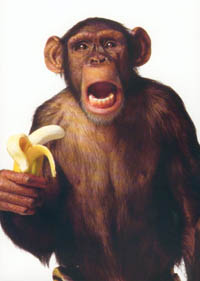 easement for a pedestrian bridge to be constructed over a stormwater reserve, which will no doubt be accompanied by a full verbal report on the day. It is highly important decisions like these that keep me enthusiastic about my governance role.

As for who is running the show?

Will someone wake me for the free lunch?  There is lunch provided today isn’t there?  I hope it is sausage rolls.