In a recent council meeting, Councilor Ogilvie highlighted the problems working within the council system that we have.  Cr Ogilvie moved a motion to bring forward a Motueka Storm Water project.

While this is a problem that needs addressing and is causing considerable distress to the residents in Motueka affected by repeated flood occurrences, the project was placed in a work stream set by the previous council to occur in the 2018 year. These were the same councillors who Cr Ogilvie suggest would today be thumping the table and shouting to just get it done!

Cr Ogilvie also suggested that it should be brought forward because there was money in the stormwater budget that had not been spent. What the councillor didn’t mention was that one of the reasons our capital works budget has not been entirely spent is because we do not have enough staff to manage all the projects currently planned. Another reason is that we are currently struggling to get contractors to bid on projects because of the high demand for earthworks post the Christchurch and Kaikoura earthquakes.

In this environment, it is not only impractical, it will also come with considerable extra expense to disrupt the planned workstream to bring projects forward and other projects in. Of course, Cr Ogilvie believes that council debt is too low and would happily run it up so that side of the equation doesn’t concern him but he also believes that bringing projects forward will not be at the detriment of other already planned projects – despite staff indication that this is not the case.

This scenario is why it is extremely important to set priorities as the council considers its long-term plan.  Sports and recreation are nice to have, but should council be spending large amounts in this area when people are constantly being flooded or have substandard water supplies? I don’t believe so.  This is why in a recent council workshop I voted against spending $60k plus on a feasibility study for a Wakefield/Brightwater community facility. Not because I don’t think our community would benefit, but because I think we have more pressing issues to attend to first and especially because the building of said facility was signalled as at least 10 years out. I was the lone voice of prudence in that workshop among councillors present.

If we are going to keep debt under control the only way we can achieve affordable rates is by prioritising spending. The Government has an increasing number of initiatives that it inflicts upon Councils which limit our spending options in order to meet these requirements, so our discretionary budget is reducing every year. This makes it increasingly important that staff numbers do not spiral out of control (although every Government initiative requires more staff hours to comply) and essential infrastructure needs to be prioritised over amenities. 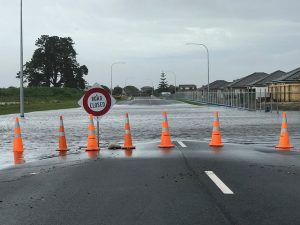 It is no good changing your mind and thumping the table after budgets have been allocated and workstreams set in place about priorities you now think are more important – that is not the system we work with, whatever its flaws may or may not be. I hope we see a more rational approach to the next long-term budget although early indications would suggest not.

Yes, stormwater solutions should be a priority – but a planned and budget priority, not a lolly scramble priority decided by who shouts the loudest at the next council meeting.